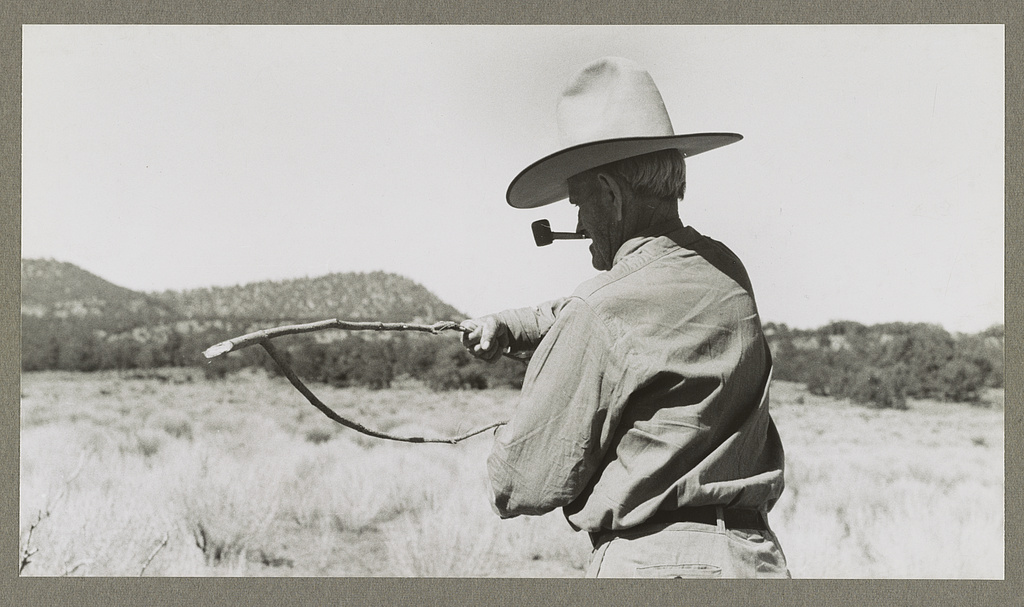 Others witchers describe a more dramatic effect. Ralph Squire is the president of the Subtle Energy Research Institute, but from 1953 to 1978 he was a peach farmer in California’s Central Valley. Since water was crucial to his livelihood, he learned everything he could about how to get it, including dowsing, which he did himself and often observed. “You hold the rod loosely and a little bit upward,” he says, confirming the technique Hannah observed. But, he adds, “When it goes over the target, it points down fast; you can’t stop it from moving. I’ve seen people try to keep it from going down and it just breaks the skin on their hands. I don’t know what the force is that’s working, but there’s a force there, oh yeah. You just can’t stop it.” 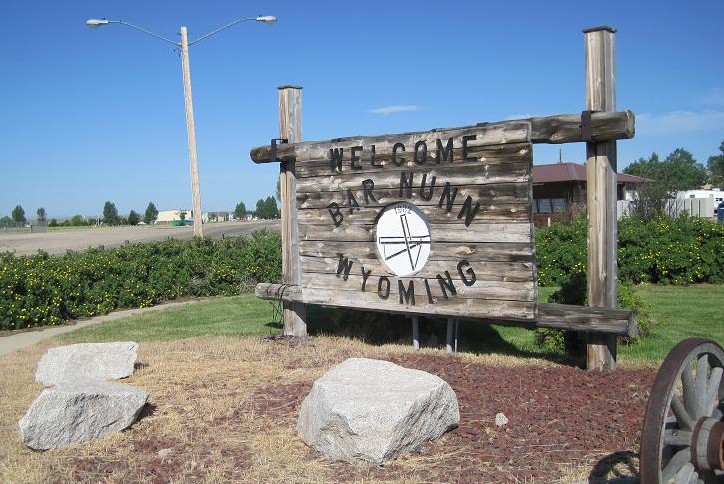 The logo for the town of Bar Nunn is shaped like the runways at Wardwell Airport, which Nunn purchased in 1954 to use as a horse ranch.

Squire learned to dowse during the mid-’70s as a matter of necessity. “There was a big drought at the time,” he recalls, “so a lot of us farmers had to drill wells to make up for the lack of snow runoff in the mountains. I had very good success with it. I did 20 or 30 wells, and every one of them came in. Now, in the San Joaquin or Sacramento Valley, if you want water for a house, say six-to-10 gallons per minute, you don’t need a dowser. Just drill anywhere and you’ll get that much. But if you need 3,000 to 5,000 gallons a minute for irrigation, well, you need to hit one of those interglacial streambeds. That’s where I was dowsing.”