Home
About Us
Board Members

Lee (1993 PDC graduate) has promoted permaculture through numerous presentations & workshops: was a founding member of the Eastern Permaculture Teachers Association. 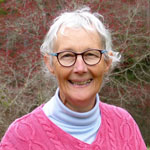 Nancy Baumgarten (MLA Landscape Architecture) Landscape Architecture, organic gardener, sacred geometer.  Having raised a multisensory young person she was assisted by her 40 year studies of metaphysics in developing the intuitive capacities with discernment and balance.
Guided by her own spiritual experiences, she has found that in nurturing a multisensory child, it is possible to rediscover your own natural birthright. As a landscape architect she came to re-acknowledge her own inner connection with the plant and planetary forces of nature.    As Intuitive Arts Camp Co-founder, Profound Awareness Institute, Nancy has been using dowsing as a tool to teach critical/analytical thinking skills since 2000. Her first book, The Aware Human: Your SuperSenses and Cosmic Powers educating the intuitive child with a new model of a more complete nature of  the human biofield (life force field) where mind and long term memory reside.  Scheduled for release Summer 2017.

She has a passion for graphic  and geophysical Map Literacy which caused her to create the yearly Orbital Calendar poster since 1993.  Nancy worked in th late 80’s as the environmental program manager for the Engineering Command of the Navy at Kings Bay, GA and then at the Army Corps of Engineers in Jacksonville, Fl before moving to Asheville in 1991 and changing to residential land design. 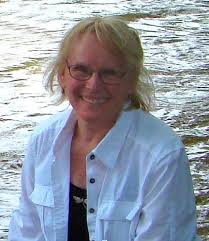 Marty Cain, MFA was an active member of the Boston arts community for twenty one years, exhibiting her work in numerous galleries, creating environmental sculptures in state parks and other public spaces, founding member of the Boston Sculptors at Chapel Gallery, and creating the Reclamation Arts Group. She served on boards of cultural organizations including; The Boston Visual Artists Union, The Massachusetts Cultural Alliance, The Cambridge Arts Council, and One Percent Commission, The Institute of Contemporary Art and The New Art Center of Newton. She has taught in leading art institutions including the School of the Museum of Fine Arts and Tufts University. As an art teacher, she shows students how to be in touch with that part of them selves which generates creative ideas.

As a child Marty learned dowsing from her Lithuanian grandfather, Frank Witkus. In 1986 she attended the American Society of Dowser’s school and convention in Danville, Vermont and added formalized dowsing training to her life.

She researches ancient sacred sites in Europe and America discovering what makes specific places sacred and recreates that experience for others today. Integrating art and geomancy, she amplifies the potential of site-specific art and invokes wide public participation in Earth healing attitudes.

A life member of the American Society of Dowsers, Marty co-directed the Beginning Dowsing School for six years. She presents labyrinth and dowsing workshops, consults, writes, and collaborates with the earth energy and angelic realms to co-create contemporary sacred spaces for individuals and institutions. She has received grants from the National Endowment for the Arts, Blanche E. Colman Foundation, the Edna St. Vincent Millay Colony and Boreal/Art/Nature of Quebec, Canada.

Her art works are celebrations of nature, taking the form of site-specific environmental sculptures, smaller indoor constructions using natural elements, and photo/drawing collages of her installations and ancient sacred sites. Her labyrinth designs are located across North America (from Maine to California and Canada to Hawaii), Brazil and South Africa. She is a founding member of the Labyrinth Society. 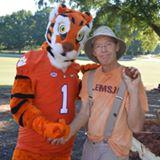 At Clemson since 1995, Lance Howard (PhD Geography)  has been teaching large sections of World Regional Geography as well as Cultural and Historical Geography to smaller groups. Howard is best described as a Humanist (as opposed to Human or Physical) Geographer, one who is interested primarily in the human experience of places and landscapes. A student of dowsing and geomancy his research explores the intimacy of humans with the natural world. Since Dr. Howard’s responsibilities at Clemson are confined to teaching, he conducts his research through his classwork. His Creative Inquiry class, Bringing Other Clemsons to Light, has developed the Clemson Brickmaking Project and the Seven Natural Wonders of the Clemson Campus as ways to engage students more intimately with their everyday landscape.

Our mission: 1.To promote and foster communication and fellowship among individuals interested in dowsing. 2. To develop effective responsible individuals devoted to investigative study and application of dowsing. 3. To encourage the application of methods of scientific inquiry to dowsing. 4. To offer evidence of dowsing’s usefulness to man. 5. To promote relations with organizations having similar purposes.

Water is a Human Right

Dowsing: The Best Gift Ever by Marty Cain

JUNE 1 “THE CONNECTION Between TREES and Me: Finding HOPE”

The Body’s Energy System As A Dowsing Tool

Lessons from the life of a Seeker

Local Water Finders Bending Skeptics to Their Way of Sensing

Energy is Created by Your Beliefs and Thoughts